Making a mark: How to begin advancing gender equality and diversity

With regard to gender equality and diversity, I recently wrote, “We’ve had to temper progress with extreme patience, being told that progress takes time. But the truth is, it has taken lifetimes, and equality still hasn’t arrived. And that isn’t good enough anymore.”

For many people, one of the most exasperating points of advancing equality and diversity is that we have had so much talk, and so little action. Good-meaning people simply have no idea how to start driving meaningful change on this topic beyond a panel, conversation, or article written.

In October of 2017, I heard Pooja Bhalla say, “We need role models to kill that unconscious bias that we all have…we need affinity programs to remind women that they can be leaders, too. Women don’t imagine themselves going beyond a level, because they don’t see women there.”

Her words hit home. I realized that between myself and a couple of other people, we could almost immediately begin making changes that would work toward eliminating bias.

In November, I had a conversation with Cassandra Fowler, our Account Supervisor at our agency, Juice Interactive, about making our images more diverse and inclusive. This isn’t as easily accomplished as it is dreamed, thanks to a pretty incredible bias that remains even in the land of staged images, where equality and diversity could easily reign. Though Getty Images is actively trying to remedy the situation, there is still much work to be done.

Take, for example, my page one returns in iStock when searching “CEO” and “woman CEO.” 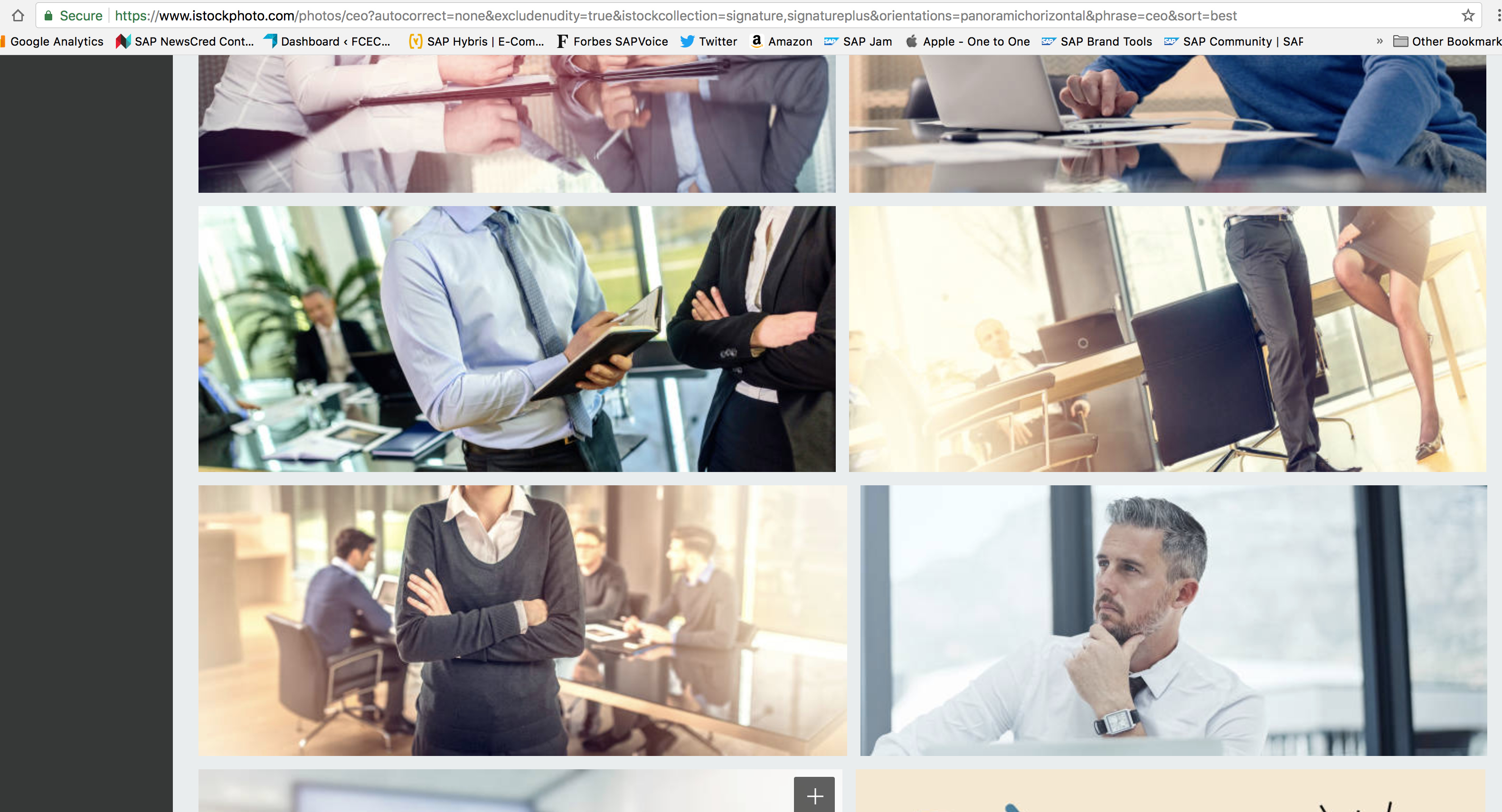 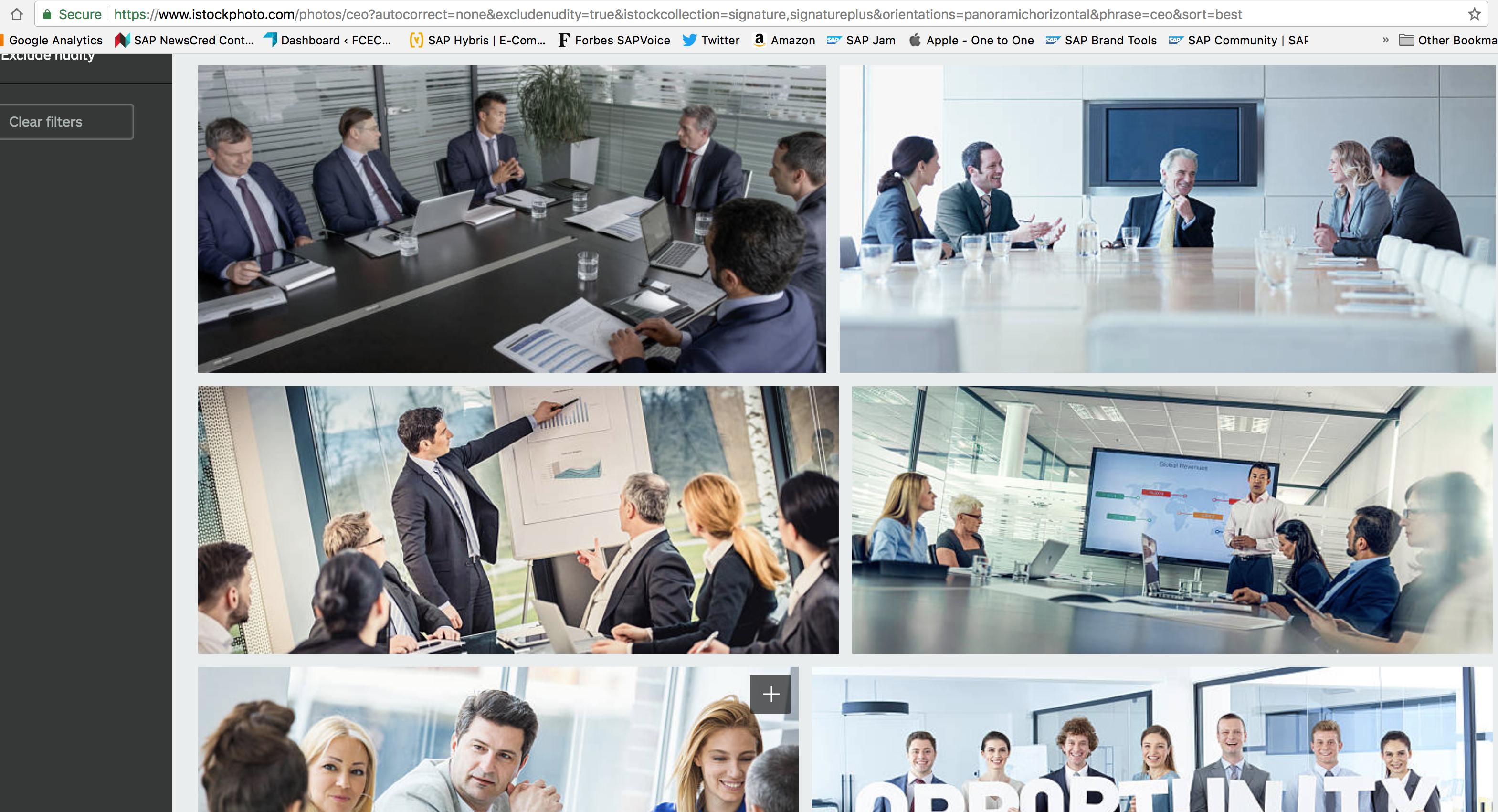 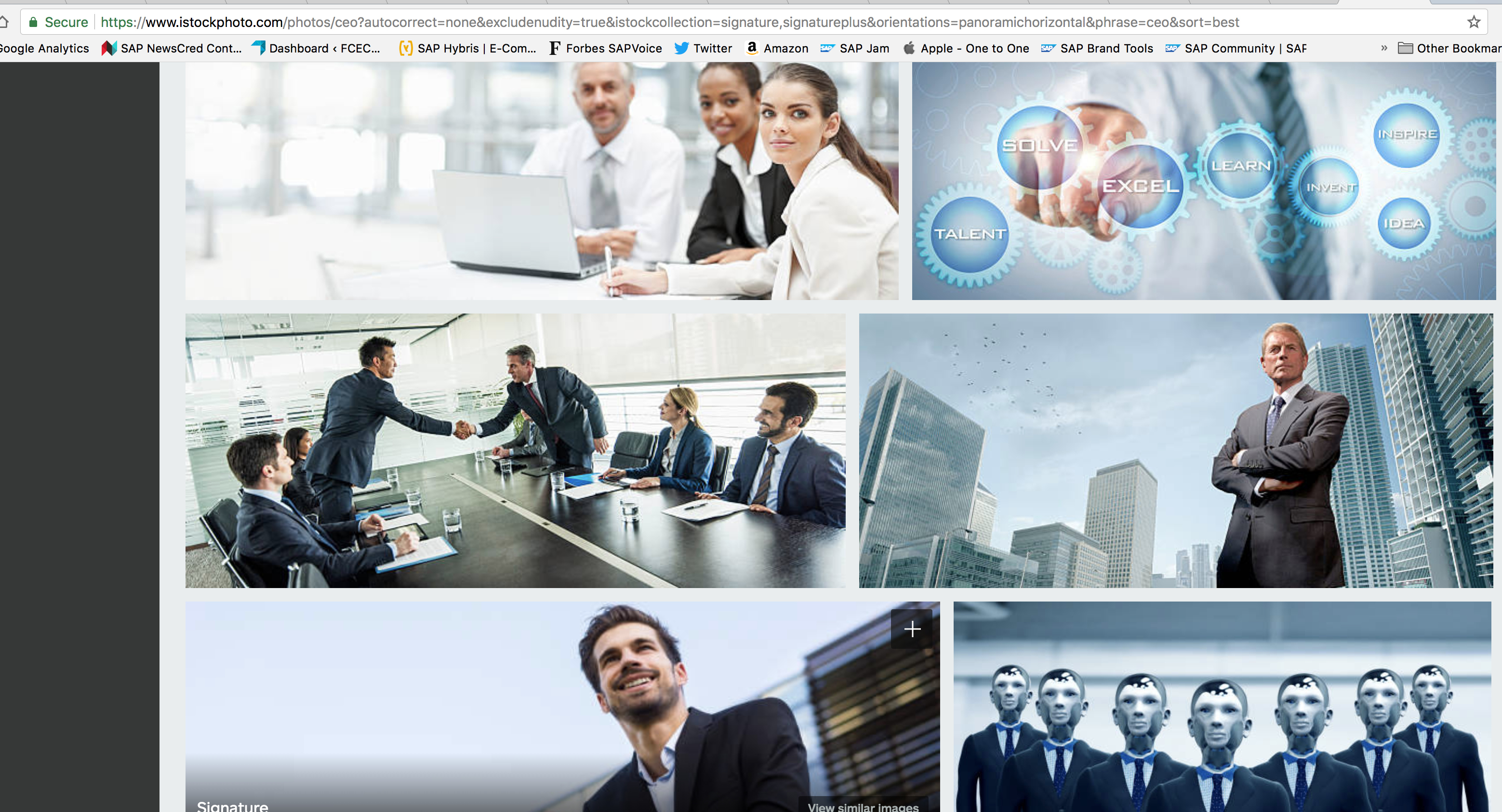 Women still remain largely unrepresented, and when they are, they are always thin, attractive, and appear quite young (or they don’t appear at all, just their legs). You would have to search for quite a bit to find a woman with gray hair who looked like an executive, but men with gray hair appear on the first returns.

While you might think these images don’t have an impact on how genders are considered in the real world, they really do. As Bhalla said, if you don’t see women leading, you cannot begin to imagine them leading. Just as with men, by the time women have learned enough to be in CEO, CMO, CFO, or other leadership positions, they likely have some gray hair as well, but women don’t appear to age in stock photos.

This isn’t a phenomenon that only exists in images; it’s quite prevalent throughout the entertainment industry, and noted by Jeff Guo of The Washington Post, “And past age 40, men claim 80 percent of the leading roles, while women only get 20 percent.”

Assessing ourselves: Uncomfortable results and conversations

Once we decided we’d begin working to actively eliminate cognitive bias, I audited our images from a year prior to hearing Bhalla’s challenge, and will monitor them for one year after.

The results for the year prior (2016-2017) were disappointing to all parties involved. Keep in mind, it is primarily three women who are responsible for the strategy, content, and images of this site: myself, Amy Hatch, Global Head of Content Marketing & Strategy, and Cassandra. As three women working in tech, we were stunned that our images scarcely reflected working women whatsoever.

(An image could fall into more than one category. For instance, an image could be of a woman and a person of color, or feature equal numbers of men and women, etc. In 2017, we began publishing nearly each weekday, which was a big change from the former 2-3 times per week in the past, so the numbers for 2018 will reflect a higher total amount of images than 2016-2017.)

Seventeen images of women in a year! Of those seventeen images, I’d bet that half of them are of women shopping, but didn’t think of that until the audit was complete. However, if you think that a few people cannot make a big difference, may I present the numbers from November 2017 to the date of publication of this post.

Our results from November 2017 to the date of publication of this article:

With nothing more than the determination that we were going to make a difference, we simply started to do so. Often lack of progress isn’t a statement of the will of people, but rather confusion over where to begin, or the belief that one, two, or a few people cannot make a difference. This couldn’t be further from the truth.

As Margaret Mead said, “Never doubt that a small group of thoughtful, committed, citizens can change the world. Indeed, it is the only thing that ever has.”